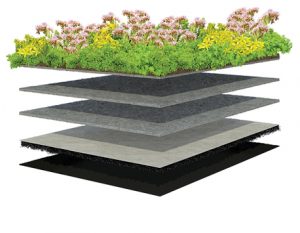 Selection of the thin-profile Xeroflor green roof system was made after years of technical testing and development via collaboration between Michigan State University, William McDonough + Partners architecture design firm, McDonough Braungart Design Chemistry, Ford’s Environmental Quality Office and others. The creator of the Xeroflor technology – the late Mr. Wolfgang Behrens – was invited to submit his recommended green roof assembly side-by-side trials with other systems – all of which were several inches deeper. Mr. Behrens’ 30 years of experience (at the time of the 2001 test period) and thousands of reference projects around the world were driving reasons to extend this invitation. 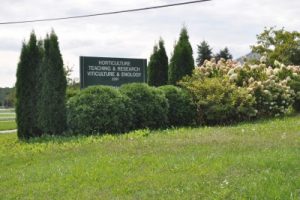 The research conducted at MSU’s horticultural testing facility clearly showed the technical advantages of Mr. Behrens’ Xeroflor assembly. In addition to the core team, numerous external experts in building envelope performance, horticultural science, and landscape design were consulted during this process. The collaborative research team was unanimous in its selection of the Xeroflor system for the Rouge green roof. 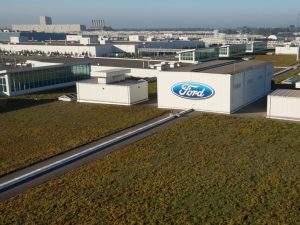 Ford’s green roof was installed in Fall 2002 with completion of the “establishment period” by Summer 2003. The exact same green roof materials and assembly components that were installed in 2002 are still in place today and have NEVER been replaced or replanted. 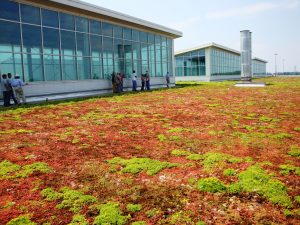 Ford elected to have an irrigation system installed as part of the green roof project as an “insurance policy”, since the green roof would be viewed by thousands of Rouge Plant visitors each year as part of their Factory Tour program and they wanted to avoid any temporary setbacks during periods of extreme or prolonged drought or hot weather. The irrigation system was operated very rarely, has received only routine maintenance to maintain it in working order should the need arise for its operation, and has NEVER been replaced or dismantled.

Follow-up survey studies of the Ford green roof led by Michigan State University in 2008 and 2009 showed that 13 of the original 15 plant species were still present and covered approximately 95% of the 10.2 acre green roof area.

Other than infrequent watering during this establishment stage after installation, the Ford green roof receives a minimal spring-time fertilizing every 1 to 2 years. No weeding has been needed because weedy plants have NEVER been observed to establish or colonize on the Ford green roof. These low-maintenance-by-design advantages have saved Ford an immense amount of money that would otherwise have been required to service deeper profile, heavier, and more weed-prone systems.

***
Dr. Clayton Rugh was part of the Michigan State Univ research team that initially evaluated the various green roof systems for the Ford project and since 2006 have represented Xeroflor in the US overseeing nearly 400 successful, thin-profile green roof installations including other landmark projects such as the Jacob K. Javits Convention Center in NYC and the FEDEX Ship Centre at O’Hare International Airport.  First posted online at http://planetsave.com/2015/07/23.

© Copyright 2021 Next Level Stormwater Management
Back to Top